God Wants You. You and Your Past Are More Than Enough 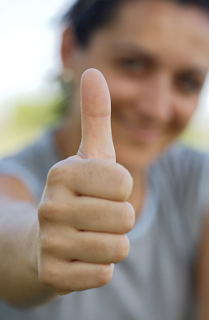 A few years ago when I was talking to someone about some things that I didn't quite understand about my life and I was feeling sad, this person really helped bring revelation to understanding of what I was going through, what I didn't realize. She said that it sounded like I keep trying to earn my salvation. It was a shocking revaluation but that is exactly what I was trying to do. I was always striving to be better at everything and I was tired, disappointed and headed for a nervous breakdown. She said why are you working so hard at what you already have? Jesus Christ already paid the price of my sins and gave me the gift of eternal life. I have salvation. And its a gift and God gave it to me. Why do I keep working so hard at trying to earn it?

I think it was for me like it is for so many of you. I kept blaming myself, I had not forgiven myself. I used to think God was always mad at me. I was just such a disappointment to Him. I felt I would have to always be earning His approval, His love, nothing I ever did would be good enough for all of that from Him. Now when I write about it it makes no sense to me as to why I would be doing this because I know better, but in reality that is exactly what I was doing!

Jesus Christ died on a cross for me and at that time He paid the heavy price of each one of our sins. He has forgiven us. It is already paid for. It is already ours we just have to accept it. Realize this as well as its a gift, you do not have to earn it.

As a parent many of you can relate to the great love of your child/children. Those who are not parents can relate to loving someone, like your parents, your siblings, your BFF or partner or even a pet so much that you bend over backwards for. You just can't live without them.  So you wouldn't want those you truly love to be belittling themselves, you wouldn't want your child to feel you didn't love them. You would hurt because they hurt. No matter what you have said to them they still don't seem to get the full amount of how awesome they are or how much you love them. The truth of the matter is, is that Our Heavenly Father loves us so much that He gave that one and only son to die on a cross for us. Could you do that, who would you give up to die on a cross?  And He doesn't want us to be saying ugly things about ourselves, He doesn't want us to think we can't when with Him we can! It hurts Him when we hurt. And to turn it around is in our own power to do so, its a change of our own way of thinking, a change of our heart.

I believe my Father God loves me. I believe He has greater plans for me, but I am the one who has to tune into Him, to seek Him and to be still and listen to Him. I need Godly people in my life to help me along the way. Its the enemy Satan that feeds us with lies and deception. Nothing good comes from him. Nothing negative or bad comes from God.

Think you are not good enough, think you are not worthy. One truth throughout Scripture is that God uses people who didn’t have any special qualifications to fulfill His plans and answer prayer. Sometimes they are people we least expect. One of the common themes throughout the Bible is that God uses common people to do his work. To do God's work you don't have to be famous, you don't have to be rich, you don't have to be good looking. None of the things that are considered important in the world are necessary to do God's work. Guess what we are all sinners, so God had to have used sinners then and He still uses sinners today! Some of God's greatest workers have been regular people. Here are a few examples.

In the Bible Joseph becomes the Pharaoh's right hand man. Joseph can interpret dreams and he saves Egypt from a famine. Before that Joseph was two things that weren't all that great. Joseph started his life in Egypt as a slave and later he was a prisoner in jail too.

If you were a shepherd and your daily work consisted of leading a bunch of sheep around you'd probably be shocked if God not only talked to directly and revealed himself to you but also told you that you were going to lead his people to the promised land. But Moses did even though he was reluctant and insecure.

God used Gideon to deliver Israel from Midian but before that Gideon was nothing more than a farmer. Gideon was an obscure man from a family of no prominence, but the Lord used him to defeat an enemy that was so oppressive that they impoverished the people of God. Jephthah is used by God to deliver Israel from the Ammonites. Before that Jephthah was only known as being the son of a prostitute. Like Moses, David was also a shepherd but David was just a boy when he defeated Goliath and he would eventually be king.

Like Joseph, Esther was a slave before God used her to save her people from being massacred. Who did God choose to be the mother of Jesus? A famous actress? A celebrity? A great athlete? A famous politician? No, the mother of Jesus was a peasant girl. Matthew was one of the 12 disciples and wrote one of the Gospels that told about the life of Jesus. But before Jesus asked Matthew to join him he was just a tax collector.

Luke traveled with Paul giving him a companion to journey with and Luke would also write one of the four Gospels. But Luke was nothing more than a physician. Many of the disciples were just common fisherman and would go on to do God's work. Peter is the best example as he would be an apostle, a leader of the early church and he would write two letters in the Bible. The prophet Amos answered a critic by saying, "I was no prophet, nor a prophet's son, but I was a herdsman and a dresser of sycamore figs. But the Lord took me from following the flock, and the Lord said to me, 'Go prophesy to my people Israel' "

In the New Testament, the truth of the matter is that God used a young virgin to be the mother of Jesus; and the disciples included fisherman, a tax collector, and religious zealots. None of those would have been on the Jerusalem Who's Who list, but they were chosen by God to turn the world upside down. By the world's standards and today's aptitude tests, Judas Iscariot would have been seen as the only one acceptable. He was personally resourceful, financially shrewd, and corporately calculating. But we know how that story ended. Not so good. The other disciples would have been rejected because they were petty, self-centered, concerned with personal power and position plus rash and vindictive. God, however, chose them before the Holy Spirit changed them and set them ablaze for His purposes. They were ordinary, imperfect, and unprepared, but God knew their potential and promise.

The problems you face will either defeat you or develop you - depending on how you respond to them. Chose to develop. Unfortunately, most people fail to see how God wants to use problems for good in their lives. They react foolishly and resent their problems rather than pausing to consider what benefit they might bring. Their problems and sins can help them better identify with those who need Jesus and who need love. They need this change in their lives, but only those who have been through what they are going through may be the only ones who can help them to see what they need.

Here's the point: God is at work in your life - even when you do not recognize it or understand it. But it's much easier and profitable when you cooperate with Him. "Success can be measured not only in achievements, but in lessons learned, lives touched and moments shared along the way."

Forgive yourself because the only one that matters is God. He has forgiven you and  He expects you to forgive yourself. Step up to the plate, pay attention. God loves and cares about you and its time to stop using your pity party to be lazy wasting time. Allow God to give you His blessings. If not you then who? There is plenty for each and every one of us. Put your past in the past and build good things upon what you have learned from it. Help others not to make the same mistakes. Help others to come to the understanding that God loves them and has purpose for them. Stop trying to earn your salvation and feelings that you are inadequate. Take hold of what is yours, the gift that was already bought for you. Refusing that gift is an ugly thing. Can you imagine that?

Stop being defiant to God’s plan He has for you. He knows every single thing about you even before you did it. Repent and live this life to the fullest. Its yours. 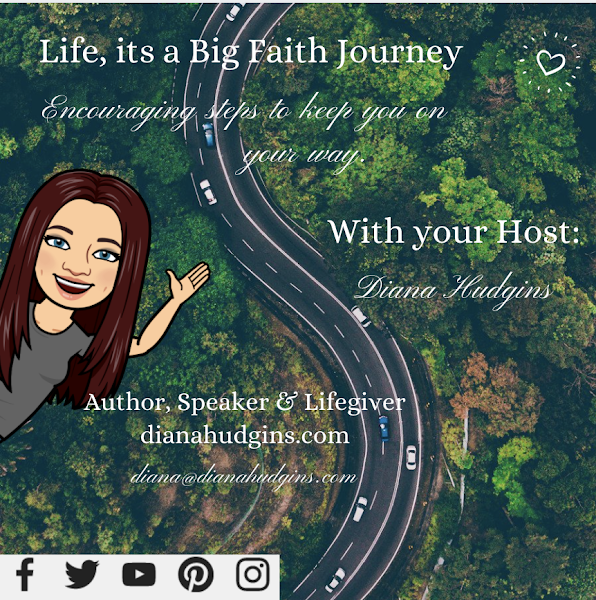 You Ask: How Do We Do This? 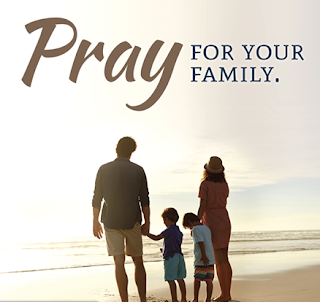 Life, its a Big Faith Journey
Author, Speaker and Lifegiver. Sharing encouraging steps to lead you along the path of life. Education: M.S. in Leadership B.A. in Communication A.A. in Journalism 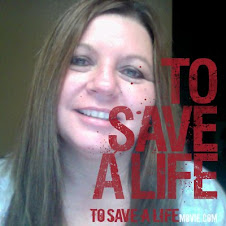 I live in a constant state of grace. Care about others. It could save a life, or two or three, maybe more. Love them like Jesus.

I'm Speaking to You

I challenge you to get out of your comfort zone. As for me I want to do something so big it's destine to fail without You Lord, something so great it's gonna take a miracle to do. I want to be like Peter who walked on water! I hear God saying "Diana, get out of the boat!" For me my faith is all or nothing! By believing I have nothing to loose so I am all in. "The tongue has the power of life and death, and those who love it will eat its fruit." Proverbs 18:21.
Which words will you chose? The positive words of life or the negative words of death? Those negative words that steal, kill and destroy life. The power of your life is in your words, so speak them well and give life by speaking them well of others too. Be an encourager.
We must not be afraid when it matters, when it means saving and changing lives we must speak boldly and sometimes bluntly if we want to make a difference in this world. And when evangelist Eva Dooley touched my lips and professed "you have been silent, but you will be silent no more" that is exactly what she meant. She's right, I am silent no more. Praise God! - Diana Hudgins